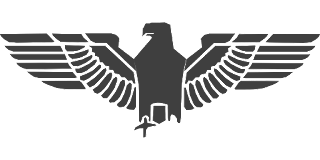 Looking to the United Kingdom and analysing the recent move of Prime Minister Theresa May reminds me of the Ancient Roman Empire. As for PM May it is currently obviously necessary to draw the Untied Kingdom into a quagmire in Syria militarily, seemingly officially, meaning according to the main storyline, because of the latest chemical attacks on civilians allegedly conducted by Syrian governmental forces in Eastern Ghouta just East of Damascus.

But unofficially this latest move of Theresa May - admittedly the violence against the Syrian civilians is outrageous - can be seen from a criticism of ideology point of view as effort to distract from bigger internal problems, domestic problems, political issues, which are current and overbearing in the UK.

PM May's move matches with many of the former PM ministers' moves, meaning mainly military interventions, but more interestingly these reminds of the Ancient Roman Empire and it's Caesars, Emperors, who often ruled as war lords, as tribunes, distinguishing themselves not only via wars and invasions, but also following the ideology of distraction (Ablenkungsideologie), one of the main ideology types one is aware of, if trained in criticism of ideology at university by Kurt Lenk and others, which in core is about distracting the public from internal, domestic problems, even often personal political struggles by leading the public into war, by war-mongering enough to manipulate the public to follow the very personal or political convenient interests of their leaders.

In other words these distracting moves by the government are intended to make the majority of the constituency to look the other way, in this case to Syria, and distract therefore the people from Brexit and its repercussions or from other burning issues.

So reminding of the years before the 1st World War, when so many were lured into war by people in charge having a benefit from it, I want to close with the question: Have we really progressed in contrast to Ancient Roman Empire, which is the basis of many countries' law system, our "modern" rule of law, or did we not only have advanced technology-wise, in terms of being more efficient and effective to invade, to exterminate, in others words to kill each other, but not at all advanced in becoming wise?