„No border, no order – Why do we need borders?“ 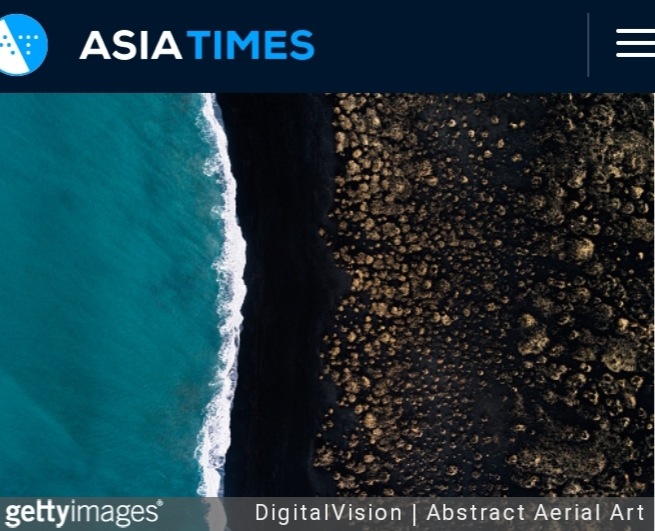 This article is also published on:
https://www.asiatimes.com/2019/11/opinion/no-border-no-order-why-do-we-need-borders/


"Where's the middle ground" in evermore polarized and politicized times? To analyze this, we now outline the underlying patterns and dynamics of political extremes pitting against each other, threatening democracy and tearing society apart by accusing each other of being illogical, preposterous, outrageous, conspiracy theories-driven... albeit both sides neglect logics, arguments' "value basis" (Max Weber...), "situational determination" (Karl Mannheim...), "environmental determination" (Montesquieu)...

Many see extreme left-wing ideology opposing borders, order, orders, police, military, structures, authorities, hierarchies, individuality... led by the premise "all are equal" - not only legally. That's when law becomes ideology. To "feel one with everyone" even "weed" comes handy for "we-feelings" and "softening" mental structures. "Relax! Chill! No border, no order!" sounds the war cry of radicalized left-wingers opposing division, discrimination, segregation, geographic borders as "borders" in people's minds.

Despite proclamations of non-discrimination radicalized left-wingers don't unite with those holding different views, but assess people by appearance, clothes, language... and differentiate between the left and the right, "Us" and "The Other". Sounds like radicalized right-wingers, right?!
Why calling left-wingers - fascinated by customs abroad but embarrassed by their "homeland's" customs - "liberals and progressives" when defaming fellow citizens for their attire, suits, dresses, brands, classic elegance, country music preference as "backward", "snobby", "class enemy"...?

Narrow-mindedness is detectable within any party and derives from in-group/out-group thinking. Tribalism is the essence of any group's ideology. Ideologies make their followers consider themselves "The Good Ones" to legitimize their thinking, behavior, actions, worldview... as "truthful", "meaningful", "righteous"..., and to group around making a bogeyman out of "The Other" for being different.

Which ideology's followers don't consider themselves on the right side of history? Sadly, even leading commentators on "Us", "Them", "The Other" neglect self-reflection and what constitutes "We".

Unlike right-wingers - broadly associated with strict border control, law & order, division, segregation... - left-wingers seemingly don't differentiate/divide people, whereas differentiating between "Us" and "Them", shunning "The Other" for being different, and seem to object "control" - regarding police, military... - unless it's: Gun control, environmental protection control, political correctness ("policing" thoughts, words, behavior, actions... on being "left enough"). Apparently, radicalized left-wingers oppose control only, when not in control.

Radicalized right-wingers - portrayed as divisive, hateful, bigot, fancying border protection, control, order... - follow a manichean "Us-vs.-Them"-pattern: "Good-vs.-Evil". What about radicalized left-wingers considering themselves morally superior, fancying open borders to destabilize state authority and order within states while fighting everyone different from their "tribe"?
Right-wingers and left-wingers are divisive when dividing people upon the biblical: "Whoever is not with me, is against me."

As if this wasn't enough, migrants are caught in the middle of this "culture war": Radicalized left-wingers use migrants to "change culture". Radicalized right-wingers combat migrants to "sustain culture". Both camps use the migrant issue to battle one other.

Our world is so politicized and polarized that many praise celebrities helping migrants to reach safer ground, which critics consider as "selfish photo op" of stars' not further helping migrants exposed to xenophobia in "unwelcoming" countries of entry.
Today's world mirrors decades-long radicalization of society "sweetened" by consumerism and sensationalized content. Sensationalism silenced "the middle ground", considered not "sexy" enough to "sell".

Did any pragmatists, moderates, centrists survive the radicalization of the public, all the "framing", "putting-into-perspective", "putting-in-context" of watchful commentators detecting everywhere "distraction maneuvers" and "There is no there there" without naming US-author Gertrude Stein (Everybody's Autobiography)?

Is the only "middle ground" left, the arena wherein right-wingers "meet" left-wingers militantly: Fear-mongering, discriminating against people, unifying, reaffirming via dehumanizing the projected enemy: "The Other"?

Political tribalism goes viral on (social) media - fueled by craving for recognition and belonging to community - by sacrificing virtue in society. Being "digital" has replaced being "decent" in today's globalized world freed from religious restraints by liberalization. Everyone is to reflect underlying motivations...